The Development of AI in Videogames 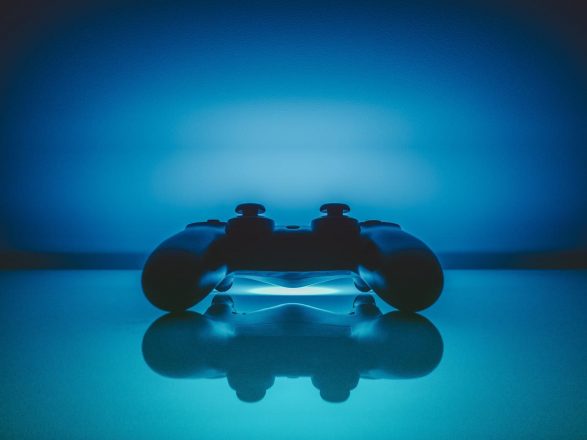 
The History of AI in Videogames

First of all, we have to know that the ‘golden age’ of arcade videogames began from the 70s forwards. After, the idea of opponents with artificial intelligence were becoming popular. It began with games such as Space Invaders (1978) or Pac-Man (1980). They had the possibility to increase the difficulty based on the hash functions of the player’s input. Also, it included different AI patters per enemy.

Thanks to that, it became more sophisticated with Dragon Quest IV (1990) and Secret of Mana (1993). A tactic system was introduced in order to allow the player to adjust the AI characteristics of each non-playable character during battle.

From the 90s onwards, new game genres appeared. With their appearance, new uses of AI tools as finite state machines also began to take place in the industry. Games began to include real-time decisions, pathfinding, players’ behaviour evaluation, interactive multiple-way dialogs and AI itself as main aspects of the game. Those new aspects began to provide more credible and immersive videogames. That happened thanks to the good imitation of NPCs’ human-like intelligence.

In modern videogames, pathfinding is one of the common uses of AI. This method helps the game to get one NPC from one point of the game’s map to another, taking into account the obstacles, terrain, etc. It is a characteristic that we can find in games such as Age of Empires (1997) or in Civilization V (2010). However, it doesn’t always work properly.

Uses of AI in Videogames beyond NPCs

There are people that only know the traditional control of NPCs’ performance by Artificial Intelligence, but there were several uses for it in the videogame industry. We share with you the main four aspects of AI hidden in videogames:

Future of AI in Videogames

The innovation in the AI involved in the videogame industry will contain a higher immersion and experience while playing. In the case of the action genre, it will provide a better communication among NPCs and the player itself. It exists thanks to the configuration and programming of the game’s Artificial Intelligence.

Finally, one of the examples is the case of Tom Clancy’s Rainbow Six: Siege (2015). It is a cooperative multiplayer and first-person shooter game where when a player uses a grenade or reloads, among other multiple options, the AI detects the action and shouts ‘grenade!’ or ‘reloading!’. As a consequence, it makes the other players know what is happening and adjusts their way of playing to what the others are doing. This aspect can be developed further to ensure a better communicative skills and immersion through the improvement of AI’s techniques and methods.

Do you like videogames? Now you have the perfect opportunity to get closer to the videogame industry. Also, you will be able to understand and program the different types of AI and avoid NPCs to get ones in front the others. You can become a professional with the Unversity of Alcala. Join our Master in Artificial Intelligence and Deep Learning today, and you will get a great discount. Check the requirements and Contact us now! We are here to help you to get a better future.