The development of AI in films 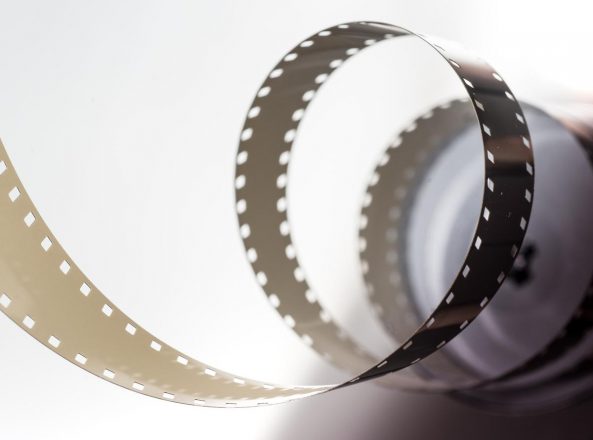 Technology has spread through different sectors in the last years. Talking about the future and its possibilities is now even a form of art. Because of that, AI is one of the most used concepts in films. The conscience of the machine has been developing since its early origins. If you want to study a Master in Artificial Intelligence, you should give some research of AI. Maybe they are only stories, but the plots in many films can help in the real development of AI. Keep reading and learn about some of the most remarkable films with an AI!

Also called AI, this concept refers to the fact that a machine will be able to imitate the human way of thinking. We are not talking about some scripted orders, but reasoning by itself. AI developers focus in the resolution of problems or in taking care of human necessitates. The use of data and algorithms allow the AI to work as a human brain.

Believe it or not, Artificial Intelligence is certainly a reality. Since the origins of it, people have been fascinated with the idea of a thinking machine. So, some writers and film directors decided to take this concept as a powerful idea for the media. The success of it was that important that now we have at least one film with an AI per year. A recent example is the new film of ALITA, so we can see AIs in big machines, robots or online.

The origins of this tendency

When we think about the first film with a real AI, we remember “Metropolis”. It debuted on 1927. This film presented a very advanced technology with the capability of thinking. But also a biting social commentary of the implications of human interaction with machines. Some of the films after this were also focused in this topic and the consequences of this technology.

In 1968 we had HAL 9000, a half-metallic, half-human voice with its unblinking red eye. This evil computer from “2001: A Space Odyssey” is considered one of the best example of an AI in the film sector. People could learn about the machine working along we humans at the same level. However, although it shouldn’t have emotions, HAL presented a series of curious characteristics. If the machine imitate our mind, it would have sense to think that it would emulate the whole thing.

“Blade Runner“, in 1982, presented us the best example of Artificial Intelligences with bodies. The film asks how much human-like does a robot needs to be before it’s entitled to the same rights. The social commentary is brought back and with it the fight between intelligent robots and humanity. This film also gained a lot of attention between the general public. This fact provided a bigger attention to AI and its origins.

Leaving behind the classics, the recent years have also join the AI’s tendency. When one thinks about the most obvious film about this concept, “A.I.” appears. The film about a robot-kid is a melodramatic fairytale adventure is the perfect example of the emotional aspects of an AI. Also, the film “I, Robot” presented us this emotional battle and explained the Isaac Asimov Laws of Robotics. It is all about how human should try to constrain their creations.

“The Matrix” wanted to go further and break the concept of reality.  The main villain of it is a AI full of hatred: Agent Smith. The AI is more than hardware and its potential can go in unexpected ways. This film was not focused in the existence of this AI, but gives us a new vision about its capabilities. However, AI movies are not always about the machine against the human. The animated film “WALL-E” presents a lovely robot that takes care of the world. Although emotional aspects are the most developed ones in these films, the method of presentation tends to vary.

One last remarkable example is “HER”, released in 2013. It became rapidly a cult classic as it explores the idea of humans falling in love with a technology. Can we love our own creation? Are those emotions real? Can a machine love? The film presented some serious questions to those ones who want to introduce themselves in the AI world. If you are one of them, we encourage you to join or Master in AI, in the University of Alcalá. This will be the perfect opportunity to understand this concept and work with it. Contact us now! We are here to help you to get a better future!