The History of Artificial Intelligence 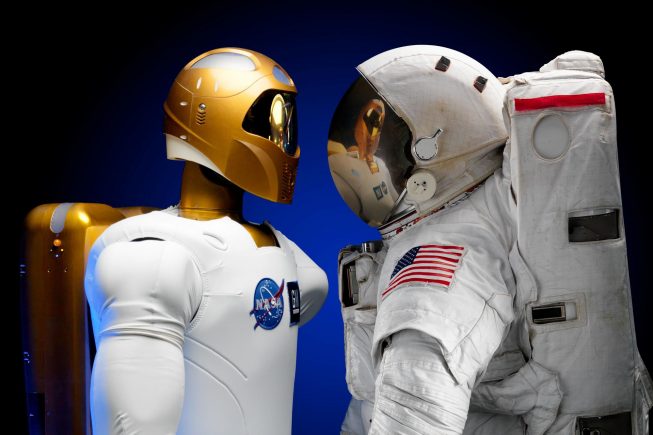 Today we know a lot about the advances on AI. The experts study and talk about what will be the leading technology in the coming years. However, how did we get here? To know where we are and where we are going, we must know where we come from. AI was not a result of a magic trick or an accident. The creation of the mind of the machine is one of the most important events in our history. In order to understand the evolution of AI, we need to take care first of the history of this revolutionary technology.

What is exactly an AI?

An Artificial Intelligence, also known as AI, is the intelligence that we can find in devices such as computers, mobile phones or robots. It is a mind given to a computer and it imitates the characteristics and abilities of human intelligence. This characteristic provides a solution through reasoning and behaviour acquired. In order to do that, the AIs work through mathematical algorithms and databases.

Although Artificial Intelligence is often related to science fiction, it is no longer relegated to novels and films. This technology is all around us. We can spot it in a conversion of voice into text, labeling of photographs or shop’s recommendations. However, it is also really useful in fields as medicine or the automotive industry. We could say that it represents the future of our life’s style.

The origin of AI

Although it can be difficult to believe, the concept of AI is an ancient one. The origins of this technology go back to the Greek era, when Aristotle described a set of rules. These described a part of the functioning of the mind to obtain rational conclusions. Years later, Ctesibio of Alexandria built the first self-controlled machine, a regulator of the flow of water (rational but without reasoning). It is not as the actual concept, but we can see the first idea of an automatic machine. However, today’s AIs are more than automates, as they learning and develop by themselves.

The real pioneer though was Alan Turing in 1936 with his famous article on “Calculable Numbers”. This served to establish the theoretical basis and is considered as the official origin of theoretical informatics. This was the birth of the “Turing Machine” , a concept of algorithms, and turned out to be the precursor of digital computers.

Nevertheless, it was not until 1956 when John McCarthy, Marvin Minsky and Claude Shannon coined the term of AI. They talked about intelligent calculation programs and the reasoning in a machine. Of course, these three scientists could not predict when the first Artificial Intelligence would arrive. They were confident that in some years a bunch of AIs would be in our world. Far away from the reality, as it was not till almost the 2000 that the first functional AI arrived.

IBM and the big step in the evolution of AI

The consecration of the AI came in 1997, when IBM launched Deep Blue, a computer that was able to beat Gari Kasparov, chess world champion. This event was so relevant that it even gave rise to great films about the technological future. An Artificial Intelligence was one of the protagonists and the mind of the machine became into another movie topic. It was thanks to this system that we can observe today things like chatbots or virtual assistants.

However, the really famous AI was its sibling, IBM Watson. It was a system that made its appearance, in the style of Deep Blue, winning a high-level competition, even more complex than the previous one. In 2011, Watson won the popular television contest Jeopardy! in front of the two top champions of this program. The program had questions about culture and knowledge of all kinds. Therefore, Watson could not only understand the questions, but also answer all of them.

AI is going to revolutionize the future and develops our known society. Do you want to become part of this change? Then you should study with us. At the University of Alcalá you have a great opportunity with our Master in Artificial Intelligence and Deep Learning. Take this interesting risk now and open a new world of opportunities. Do not doubt anymore and contact us! We will be happy to assist you at any time!