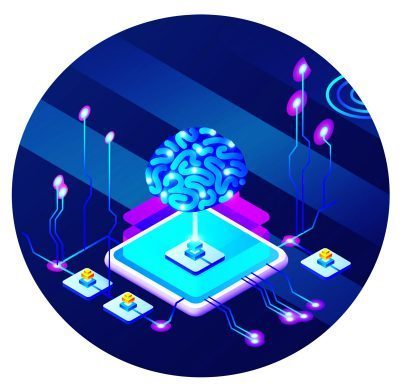 Another MIT research on the AI field has clarified one of the most controversial aspects of programming autonomous vehicles. It consisted on a massive survey with over 2 million online participants from over 200 countries. Those participants were weighing in on versions of a classic ethical conundrum, the “Trolley Problem”. This objective of this study is understand the morals of citizens and make them engage with the moral decisions that driverless cars might have to take into account.

The mobile vending machine that PepsiCo recently launched at University of the Pacific has caused excitement. Specially among college students craving for a quick refreshment. But the U.S. food giant suggested that this is only the tip of the iceberg of when it comes to providing food service using artificial intelligence.

Walmart and The Artificial Intelligence

As the digital era continues to turn retail on its head, Walmart’s story is particularly interesting. The brand is somehow both the challenger and the incumbent. Walmart has been the world’s largest retailer since 1988, but as Sears proved, prominence isn’t permanent. The retailer had a series of disappointing quarters, seemingly on track to become Amazon’s biggest casualty. Last spring, Walmart redesigned its website to be more personalised. Also, Shoppers are served product recommendations based on their previous behaviours, an important distinction.

What happens when our computers become smarter than us?

Artificial Intelligence is taking big steps. According to experts, during this century, Artificial Intelligence could become as “intelligent” as a human being. So that, says Nick Bostrom, he will surpass us. In his words, “artificial intelligence is the latest invention that humanity will have to do”. Philosopher and technologist, Bostrom asks us to think seriously about the world governed by thinking machines that we are building. These intelligent machines help us to preserve our humanity and our values.

Is it possible that Artificial Intelligence is ethical?

AI will reshape the world in ways we can’t imagine, much as the printing press and the Internet did at their inceptions. That means the United States must remain the lead player in AI if we are to guarantee our future in a competitive global economy. Also, many countries are investing heavily in Artificial Intelligence, and the United States has made great progress. But this is a moment that calls for America’s unique capacity for leadership. However, it is not just in advancing the technology, but in preparing for the ethical questions and disruptions AI will create.

Interesting Engineering is a cutting edge, leading community designed for all lovers of engineering, technology and science. Through the community’s web page you can learn several interesting information about the field. If you want to know more about it, this is the right opportunity for you. Keep reading and be up-to-date!