Uses of AI in videogames 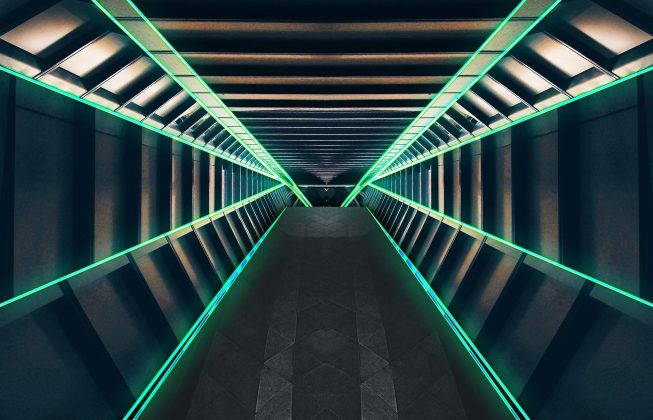 Videogames have been one of the most famous technologies in the last few years. We can talk about a company that has an overwhelming amount of money. Yet, they are always looking for new discoveries to implant in their videogames. Virtual Reality, 3D, new video game consoles…We can see a world being created. But, what can Artificial Intelligence offer to video games? Do you want to know? Keep reading!

What is Artificial Intelligence?

First, it is important to clarify a few terms. Usually, people tend to hear or read several terms but they are not sure about their exact meaning. Something similar happens with Artificial Intelligence.

Probably, we all have this image of science-fiction movies in which a robot wants revenge against humanity. Rather than that, reality is completely different.

But, what is Artificial Intelligence? We can describe AI as the area of computer science that permits the creation of intelligent machines. Those machines work and think the way humans do. There are some features that AI includes, such as speech recognition, learning, etc.

At the beginning, it was a field to be explored. Nevertheless, in the last decades, there has been an increase in the investment in this area. The use of AI has entered our house. An example of this would be the use of voice assistants like Siri, Cortana or even Alexa.

This area wants machines to think and react like human beings. Therefore, they would make our lives easier and we will have the opportunities to deal with important decisions.

When we talk about Artificial Intelligence, it is important to differentiate its types. Some of them are the K-Mean type, which is the simplest one. It is use with unlabeled data. This means that the data has no defined categories.

Then, we have the NN-type.  Its basis is in neural networks. This follows the pattern of the human brain. Finally, we have the tree type. This is defined by the idea that a complex decision can be expressed by a series of questions.

A brief look into AI’s history

Now it is time to take a look into the development of Artificial Intelligence over the decades. Probably you know several things thanks to the movies but probably the real story is different.

During the Second World War, computer scientist Alan Turing created the Bombe machine in order to decipher the Enigma code used by the German forces. This laid the foundations for Machine Learning.

Later, in 1951 a machine known as Ferranti Mark 1 succesfully used an algorithm to master checkers. Also in the 50s, John McCarthy, considered the father of AI, developed the LISP programming language. This would become important in Machine Learning.

Yet, from the mid 1970s to the 1990s, computer scientists had problems to receive funding for AI research. It will be in the 90s and the beginning of the new century that would bring new possibilities to this field.

Japan unveiled plans to create a fifth generation computer to advance machine learning. This would open the possibilities and the imagination of the enthusiasts. They thought machines would be able to have conversations, translate languages, etc. In 1997, IBM’s Deep Blue defeated world chess champion Garry Kasparov.

In the last years there has been a huge development in the area. The use of Machine Learning is included in everyday tasks and companies. Amazon, Google…they are some of the examples. They use it to story large amount of data. That will make them increase their commercial advantages. The more a company uses Machine Learning, the more they learn about their clients’ shopping trends.

It is a matter of time that we discover what Artificial Intelligence bring us.

Several fields and areas have taken advantages from Artificial Intelligence. Medicine, Finances…They do not want to miss the opportunities it offers.

Video games are no different. We talk about a field that has increased in the last years. Not only that, there is a large amount of money involved. The famous company Electronic Arts is one of them. They leverage AI to explore new technologies and create new opportunities that they might use for future games.

If we talk about the digital world, we have the company Epic Games. They created a believable virtual human in a collaborative effort with other enterprises. Thus, they made a step forward in technology. The virtual human, named Siren, was rendered in real time.

But it is important to mention that Artificial Intelligence has two uses in the field: Saving the budget and upgrade the in-game experience.

First, gaming companies must save their labor-costs in game design. Human game artists and developers are professionals that the market demands. Therefore, they are highly expensive.

Therefore, the gaming industry is using Artificial Intelligence to free their staff from time-consuming tasks, making the creation of content faster and cheaper.

Second, the creation of content might increase due to AI. For example, they started using motion simulation to create characters and the movements. AI is also used to develop maps and levels. Not only that, AI can develop new games.

As you can see, the area of Artificial Intelligence is common in our society and in the video games industry. It is just a matter of time that we learn what AI can do.

Do you want to be part of this?

Are you interested in AI? Do you want to know more? If so, then you can’t miss this opportunity. The University of Alcalá offers a Master in Artificial Intelligence. It will provide the students with the formation that will make them experts in the field. If you want to know more, contact us for more information. We will do our best to help you and solve your doubts!