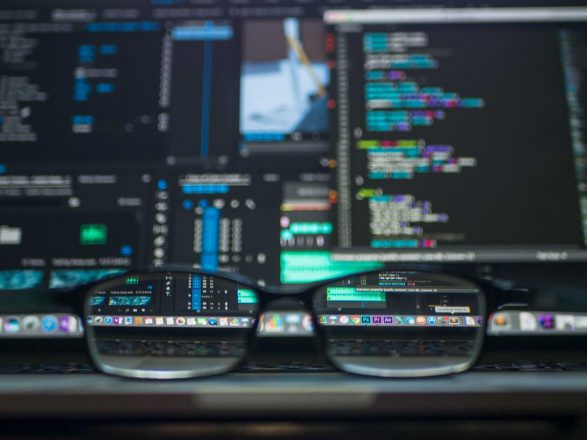 Becoming blind is one of the most feared diseases for people. Maybe it is not as dangerous as cancer, but it affects immensely to the normal life. However, technology is developing some new devices to help to cope with it. If you want to light up the future of other people, join us in our Master in Artificial Intelligence Online. Keep reading to know more about it!

A new kind of vision

Artificial Intelligence (AI) has developed the capacity to create artificial vision for blind people. WHO (World Health Organization) has estimated that there are around 45 million of blinds nowadays. But there are also more than 175 million who suffer some type of visual impairment. With this vision of future, more than 7 million people turn blind every year. Therefore, some companies are investigating and developing some artificial alternatives for these people.

In recent years, the progress towards brain implants has increased. The results are showing a low pace work, due to the fact that we still need a camera and a computer to process the images filmed. All these studies try to create a natural way of vision. They hope that soon we will be able to become closer to what we think is typical on a science-fiction movie. Therefore, we will develop useful artificial vision devices.

The first investigations in this issue were based on a television camera on a pair of sunglasses. The complete system also included a portable computer with a monitor. This device transformed the images recorded into electric stimuli in the visual cortex. These are called “phosphenes”, the lights that we can see when we close our eyes.

The display that the volunteers could appreciate was in black and white. Also, it was far from being natural because these artificial phosphenes imitated the images filmed. However, the system focused in the independent mobility and was not ready for tasks as reading. It was an imperfect vision which lacked on details and colours.

Some years from that, researches developed other types of devices. They were still using a pair of glasses with a camera and a processor. Although it was somewhat similar to the previous system, the quality was better and they introduced an implanted chip near the retina.

Today, we can read stories of people regain their vision. Although we still need to keep investigating and improving, it is a clear progress. The new trend is the use of some visual prostheses or “bionic eyes”. It consist of micro-electrodes surgically placed in or near the eye. They are also attached to the optic nerve and the brain.

Maybe you are now thinking about films like “Terminator”, however, we are far away from being cyborgs. The vision provided is not like natural sight yet. The system performs a series of flashing spots and shapes and people use it to interpret their surroundings. Then, this artificial vision is similar to the bats’ shight system.

People with bionic eyes can carry out tasks such as identify locations, objects or people. Nevertheless, the resolution of what they can see is not as good as we could desire. Basically, it is a blurred image formed by flashes of light. And the quality will also depend on the person, as it defers between people blind from birth and those blind because of an accident or trauma.

Bionic eyes are not the only alternative for blind people. There also exist some retinal implants placed into the eyeball itself. However, they are only for people who have lost their sight  from specific diseases, as retinal degeneration. The main object of study are eyes where there are still some healthy parts that specialists can use.

Researchers hope that future bionic eye devices can provide a better artificial vision. They say that getting a higher resolution implies some complex challenges. Ultimately, scientifics want to mimic the neural code that the retina uses to communicate with the brain. With it, the vision would become significantly more natural.

We are still investigating the issue, but artificial vision seems to have a clear future in our society. It will help millions of people with vision problems. As a consequence, some huge companies are developing these devices nowadays. If you want to know more about this future, our Master in Artificial Intelligence Online gives you all the opportunities that you are looking for. Take the chance that the University of Alcala offers to you and become a professional. With the online program you will be able to do it at home. What are you waiting for? Contact us now!